Hypocrisy and horror: Bradley Manning, or how the US treats its citizens 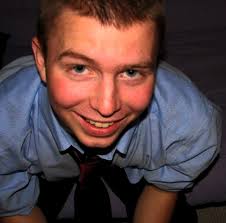 The facts about Bradley Manning’s detention, detailed below, are shocking.

Manning is being held in extreme situations that easily pass the threshold for psychological torture and cruel and degrading punishment, both unlawful under US law. Let’s remind ourselves as well that Manning is technically innocent, that no judge has been presented with any evidence against him, and that no jury has convicted him of anything.

So this is how America in 2011 treats its own innocent citizens. Apparently, if the wrong people decide to punish you, they can lock you up in a cell without trial or juridical process, force you to sleep naked, isolate you from nearly all human contact, and prevent you from exercising in your cell.

below in today’s Guardian connects essential points about the hypocrisy and horror of the way Bradley Manning is being handled by the United States judicial system.

What a disgrace to US integrity that it treats its unconvicted prisoners far outside of the norms and standards of humane treatment.

In principle, considering that he has not yet even been tried, Bradley Manning could be found completely innocent of any crime.

Think of the precedent of Ellsberg – by far to date the largest whistleblower of US military secret documents. He was not convicted of any crime.

But whether or not Manning is found guilty of anything, it is a core tenet of judicial the US justice system that all prisoner’s be treated equally and only punished to the extent that the law abides. Yet the facts today show that Manning is undergoing extrajudiciary torture.

The most extreme loopholes in the system have been piled on top of each other in order to rationalize physical and psychological abuse. We might also recall that Manning’s purported leaks are precisely what whistleblowing is all about – they exposed numerous war crimes and cover-ups.

Manning is not allowed to exercise in his cell. For one hour a day, he is brought out like a chained monkey and told he can walk in a sunlit room – but if he stops walking for even a moment, they tell him the session is assumed to be over and usher him back to his six-foot cell. It seems pretty obvious that this is extreme treatment designed to have a negative psychological impact on Manning.

The military’s claim regarding the need to keep Manning in chains is baseless and there is no evidence whatsoever supporting it – only unilateral assertions by people interested not in judicial process of lawful justice, but in “cracking” or “breaking” Manning, perhaps in coercing him into certain agreements he has so far refused or resisted. By keeping him weak and psychologically fragile, he is more easily manipulated and coerced. All this is precisely the opposite of justice or judicial process, however. 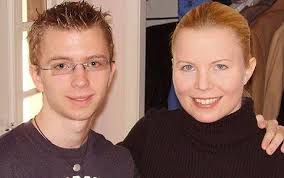 At night, he is made to hand over all clothes except underwear – under the pretense that he is suicidal and could use his clothes as a weapon against his own body.

However, there is not a shred of evidence that he is suicidal; this is a mere assertion used as a convenient pretext for extreme treatment; and in fact multiple psychologists have confirmed his status as healthy and not suicidal in the least, but their findings are overruled  by military commanders seemingly uninterested in facts that go against their ideas – and equally uninterested in abiding by US laws.

The hypocrisy really starts glaring when the US chastises Egyptians and Libyans on the way they treat their citizens and prisoners. Preaching human rights abroad, sometimes to dictators who lived on US funds (Egypt), the United States back home permits itself the most sickening crimes…

The account of this “presumed innocent until proven guilty” prisoner is harrowing:

Earlier today, Pentagon Press Secretary Geoff Morrell spoke to the media in an attempt to discredit the concerns over PFC Manning’s confinement conditions.  I would like to respond to the following inaccuracies in Mr. Morrell’s statements…

While it is true that PFC Manning is not technically held in solitary confinement, the cumulative effect of his confinement conditions are tantamount to solitary confinement.  There are no other detainees on either side of PFC Manning.  His cell does not have a window or any natural light.  If PFC Manning attempts to speak to others that are several cells away from him, the guards will likely view it as disruptive and require him to stop speaking. Other than the one hour a day that he is taken to an empty room to walk around, PFC Manning is required to remain in his cell. …

Mr. Morrell fails to highlight some of the other important distinctions between a Maximum security and a Medium security detainee.  As a Maximum detainee, PFC Manning is required to remain in his cell for 23 hours a day. Whenever he is moved outside of his cell, the entire facility is locked down.  PFC Manning must wear hand and leg restraints when he is outside of his cell and is escorted by at least two guards whenever he is moved. …

PFC Manning is the only detainee at Quantico that is being held both in Maximum custody and under Prevention of Injury (POI) watch.  The POI watch is being continued over the recommendation of mental health professionals who indicate that PFC Manning is not a risk to himself or to others. The conditions imposed on PFC Manning under the POI watch (which have been ongoing for 8 months) are unduly harsh and punitive in nature.

The conditions of the POI watch have been documented in detail in an earlier statement.  Briefly, under POI watch, the guards check on PFC Manning every five minutes by asking him if he is okay; PFC Manning is required to respond in some affirmative manner. At night, if the guards cannot see PFC Manning clearly, because he has a blanket over his head or he is curled up towards the wall, they will wake him in order to ensure that he is okay.  He is not allowed to have a pillow or sheets.  He is not allowed to have any personal items in his cell.  He is only allowed to have one book or one magazine at any given time to read. The book or magazine is taken away from him at the end of the day before he goes to sleep.  When he goes to sleep, he is required to strip down to his underwear and surrender his clothing to the guards. …

Over the course of eight months, PFC Manning has done everything asked of him.  His model behavior has not factored into the custody classification by the Brig. Even Mr. Morrell acknowledged that PFC Manning “has been exemplary in terms of his behavior on the cell block.”  Other detainees typically are removed from Maximum custody and from POI watch once they demonstrate, through their behavior, that the conditions are no longer warranted.  Under Secretary of the Navy Instruction (SECNAVINST) 1649.9C, Maximum custody and POI are intended to be used sparingly and for a limited duration of time.  Despite the Navy Instruction, PFC Manning remains subject to unduly harsh confinement conditions.  Given his “exemplary” behavior and the fact he is not considered at risk for self-harm, the confinement conditions appear to be based solely on the nature of the charges. …

He is prevented from exercising in his cell.  If he attempts to do push-ups, sit-ups, or any other form of exercise he will be forced to stop.  He receives one hour of exercise outside of his cell daily.  The guards take him to a room and allow him to walk.  He usually walks in figure eights around the room. …

No Prevention of Injury Watch – Every other detainee:

Bradley Manning and the stench of US hypocrisy

The US condemns human rights abuses abroad yet appears to be allowing the psychological torture of Bradley Manning. Earlier this week, the soldier accused of leaking thousands of confidential documents to WikiLeaks, Bradley Manning, was handed an additional 22 charges as part of his ongoing court martial process. The 23-year-old, who has been in solitary confinement for more than seven months, stands accused of computer fraud, theft of public records and willfully communicating classified information to a person not entitled to receive it. He now also finds himself faced with a rare charge known as “aiding the enemy” – a capital offence for which he could face the death penalty.

The revelation will no doubt have come as a blow to Manning, although given his ongoing treatment it is likely he already feared the worst. Made to endure strict conditions under a prevention of injury order against the advice of military psychiatrists, he is treated like no other prisoner at the 250-capacity Quantico Brig detention facility in Virginia. Despite that he is yet to be convicted of any crime, for the past 218 consecutive days he has been made to live in a cell 6ft wide and 12ft long, without contact with any other detainees. He is not allowed to exercise or have personal effects in his cell, and for the one hour each day he is allowed free from his windowless cell he is taken to an empty room where he is allowed to walk, but not run.

One of the few people to have visited Manning, David House, spoke yesterday of how he had witnessed his friend go from a “bright-eyed intelligent young man” to someone who at times has appeared “catatonic” with “very high difficulty carrying on day to day conversation”. House drew similarities with the case of Bobby Dellelo, an American prisoner who developed psychosis after a lengthy period in solitary confinement conditions similar to Manning’s. “For me this has been like watching a really good friend succumb to an illness or something,” he said. “I think that Bradley Manning is being punished this way because the US government wants him to crack ahead of his trial.”

While there has been widespread and well publicised condemnation of issues surrounding Manning’s detainment, his conditions have failed to improve. In fact, things may have got worse, not better, for the Oklahoma-born soldier who is incidentally entitled to UK citizenship through his Welsh mother. Just two days ago, for instance, only 24 hours after having been told he now faces a capital charge, Manning was made to strip naked in his cell for no apparent reason. According to David Coombs, Manning’s lawyer, the soldier was then left without clothes for seven hours. When the wake-up call sounded for the detainees at 5am, in an act of forced humiliation, Manning was made to stand naked at the front of his cell.

The incident, described as “inexcusable and without justification” by Coombs, is symbolic of the entire twisted saga: a gross injustice on a nauseating scale. We must bear in mind, of course, that Manning allegedly leaked military files because he, according to unverified internet chat logs, saw wrongdoing and had no other course of action because his superiors told him they “didn’t want to hear any of it”. He did not want to be complicit in war crimes, and felt that by leaking the files he could prompt “worldwide discussion, debates, and reforms”.

In recent days and weeks the US government has condemned human rights abuses and repression in almost every country across the Middle East – yet at a prison within its own borders it sanctions the persecution, alleged psychological torture and debasement of a young soldier who appears to have made a principled choice in the name of progress.

“Government whistleblowers are part of a healthy democracy and must be protected from reprisal,” said Barack Obama in 2008. But the stench of his hypocrisy is no longer bearable. It is time, now more than ever, that Bradley Manning received the justice he so clearly deserves.

1 Response to Hypocrisy and horror: Bradley Manning, or how the US treats its citizens